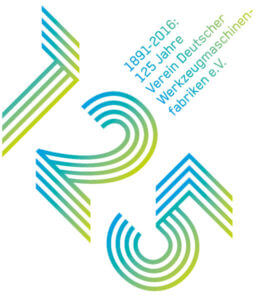 Eleven industrialists, senior managers from the German machine tool industry, met for the first time at the Kastens Hotel in Hanover on 7 December 1891. They were following an invitation from Privy Councillor Dr. Ernst Schiess of the eponymous machine tool factory in Düsseldorf. The aim of the meeting: “To strengthen the mutual relations between the premier manufacturers of machine tools”, to quote the old minutes.

This is just as true today. The association and its member companies have a chequered history behind them. Many firms no longer exist, while others have changed their names, their structures and/or their ownership. The sector, however, has evolved most impressively. Today, it ranks among the world’s leading vendors and exporters.

The association has successfully supported it throughout: dependably, responsively and pathbreakingly. The eleven founding members back in 1891 had become more than twenty-five times as many in 2015. As a member in the VDW or in the German Engineering Federation’s Machine Tools and Production Systems Association, they are actively involved in the VDW’s network and utilise its services.

That is highly gratifying for the VDW, since this close identification under the aegis of the association is not something that should be taken for granted. Milestones in the development of the sector and the association map out the path of the VDW in the fields of business, technology, research, trade fairs, youth recruitment, communication, and much, much more, from the early beginnings to the present day.

The VDW has compiled a series of entertaining, informative, surprising and historically illuminating facts from the German machine tool industry for its 125th anniversary.