The name umati stands for universal machine tool interface. “As a brand, it is open, future-oriented and internationally connectable,” said the VDW Chairman. Project progress can now be tracked at www.umati.info on the Internet.

The demo applications which are on display at the AMB Stuttgart were developed by a core team of eight renowned machine tool suppliers together with the major German control manufacturers. Within one year they have established more than 100 parameters which serve as the basis for developing the common interface. The working group was also able to define 21 use cases for the new standard interface for machine tools based on the open OPC UA communication protocol.

The companies involved in the initiative integrated an appropriately configured OPC server into their respective machine control system and were “able to connect to the respective communication partner and exchange data in a very short time,” Prokop was pleased to report. Up to now it has been very time-consuming and costly to get machines from different manufacturers to communicate with each other on a single production line.
The first connections to various controls – for example for vertical lathes, rotary transfer machines, gear milling and grinding machines and for a complete turning/milling machining centre – will be on display in Stuttgart. “Our purpose with these applications is to demonstrate that our solution can be used to implement robust systems in which data can reliably be exchanged with machine tools,” explained the VDW Chairman. “We ourselves are also keen to gain practical experience as early as possible and learn from the challenges which emerge.”

Launched as a purely German working group, international cooperation has, however, always been the goal of the industry initiative. The initiative is attracting a great deal of attention worldwide. Talks are currently taking place with our American sister association AMT, for example. Their open interface MTConnect is to be adapted to the umati concept where possible. Japan, China and South Korea have also expressed interest in the new standard. “We regularly report on the project progress at meetings of the European Machine Tool Association Cecimo, and are keen to include other interested companies in the initiative,” said Prokop.

Significantly, the VDW joined the OPC Foundation (the OPC UA sponsor) in June. “At the turn of the year, we will set up a Joint Working Group with the OPC Foundation,” Prokop announced. “The international machine tool community will then be able to participate in revising and disseminating the standard. This feedback on customer needs from all over the world will bring us a further important step closer to our goal of creating a uniform, globally accepted connectivity standard.” 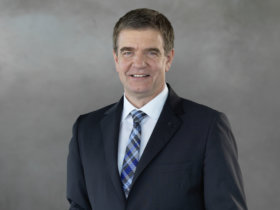