The “Project of the Year” award is presented annually by the VDW Research Institute on the basis of a decision made by the Scientific Advisory Board. “The award is deliberately aimed at the scientific staff of the research centres, those who have done outstanding work in their projects,” explains Dr Alexander Broos, Head of Research and Technology at the VDW.

Clear decision by the Scientific Advisory Board

Normally, all projects which are deemed worthy are discussed at length by all working groups on the Scientific Advisory Board, whereas last year’s decision was very simple, said Broos The choice quickly fell on the “Connectivity for Industry 4.0” (KonI4.0) project and thus on Caren Dripke, Group Leader of Industrial Control Technology in the Institute for Control Technology of Machine Tools and Manufacturing Units (ISW) at the University of Stuttgart, and her team members Tonja Heinemann and Christian von Arnim. This project laid the essential groundwork for presenting umati (universal machine technology interface) and the successful showcase at EMO Hannover 2019.

“With all its many different corporate partners, a complex project such as KonI4.0 is a special challenge,” emphasised Broos in his laudatory speech. “Ms Dripke’s and her team’s success stemmed from the way in which they applied both their professional know-how, but also the required tact and sensitivity in including the partners in the project work.” The whole endeavour was characterised by the team’s extraordinary identification with the project and the strong personal motivation of each member. Broos was particularly enthusiastic about the development of Tonja Heinemann and Christian von Arnim, who “joined the project as young employees at the ISW who went on to shine professionally in the project work, but are now also important pillars of it”. Tonja Heinemann carried the main responsibility in the development of the specification as well as the iteration with all stakeholders. She also acted as Editor in Chief of the OPC UA specification document. Christian von Arnim applied his technical know-how in developing the basis for the showcase. In addition to programming the dashboard and backend, a further particular aspect was adapting the communication networks to the trade fair infrastructure.

Indeed, the rapid development and success of umati as a standard for simple and secure connectivity across the entire machinery and plant engineering sector has surprised many industry insiders, probably none more so than the researchers themselves who have now received the award. “I would never have believed that umati could take off in such a short space of time and have such an impact,” confessed Caren Dripke. After studying technical cybernetics and mechatronics, the 30-year-old joined ISW as a research assistant in 2015, since when she has been working on control algorithms and communication interfaces for industrial control systems. The VDW’s request came in September 2017. Dripke took the lead in the KonI4.0 project, which was presented to the public for the first time in September 2018. The showcase, involving 110 machines at EMO Hannover 2019, took place less than a year later.

Dripke and her colleagues at ISW have also experienced the ups and downs which project work involve. The highlights included trips to Thailand and the USA to promote umati internationally. The meetings and congresses allowed them to gain an international perspective on digitalisation. The biggest highlight, however, was the showcase at EMO Hannover 2019, which involved 70 companies from 10 countries. “We’re very proud of how much we managed to achieve – it was great,” Dripke admitted.

However, there were also duller phases which were a hard slog for the young scientists, as Caren Dripke recalled. “We had a great overriding goal,” she said, “but project work can also involve a lot of tedious detail.” A number of very different companies were involved, all of which with their own ideas, said Dripke. “It took a lot of manoeuvring before everything fell into place.” Ultimately, the decisive factor was the strong support given by the team, which prevented the project from running out of steam and eventually helped it to achieve the hoped-for major breakthrough.

Work on the project is far from over, however, as Dr Alexander Broos made clear in Frankfurt. Thanks to the cooperation with the VDMA, umati has grown into a very large community. Face-to-face events are currently impossible, which is why the project is celebrating its interim results virtually. These include the final specification, which was published in September 2020 in fulfilment of the promise made at EMO Hannover 2019. Furthermore, there were two so-called plugfests in the machine tool community for direct implementation of the specification, as well as a number of virtual events, including some organised together with the VDMA, entitled “The Global Production Language – OPC UA Companion Specifications”.

In addition, at the umati web-based trade fair event in mid-December, the VDW offered five selected partners, for the first-time, the opportunity to present products that integrate functionalities of the OPC UA for Machine Tools (OPC 40501-1) and OPC UA for Machinery (OPC 40001-1) specifications.

If there appears to be a lull in the Stuttgart scientists’ work at the moment, this is due to nothing more than the current limitations on external communication. There are simply no trade fairs at present. As with the “Project of the Year” award, it will probably require a degree of time and patience until such spectacular and promotionally effective showcases as the one presented at EMO Hannover 2019 can be staged live again. 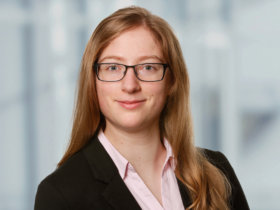