The winner of this year’s prize is Dipl.-Ing. Nika Nowizki working for the Institute for Machine Components (IMA) of the University of Stuttgart, who in her study examined the field-evidenced reliability of automatic multi-spindle lathes from the Index company, with a view to ascertain the dependability of the ‘workpiece clamping’ safety function, which is actuated by means of a standard programmable logic control (PLC). “The characteristic reliability measures determined in the statistical analysis of the field data obtained are in some cases significantly higher even than those stipulated in the relevant standard,” reports Nika Nowizki.

Tightening the focus on machine safety

“The Safety Day at the EMO Hannover is a very good opportunity to raise public awareness for the highly important field of machine tool safety,” emphasises Dr. Alexander Broos, in charge of research and engineering at the VDW, the organiser of the EMO Hannover.

“We are particularly gratified to be able to address an international community at this year’s fair. That’s because proof of machine safety in a European context also concerns all those companies importing machines to Europe.”

Providing proof of machine tool safety is a relatively difficult process, because under statistical aspects hazardous scenarios are in fact relatively rare, but if they do occur they may have fatal effects. For example: if the safety function of workpiece clamping fails, it is possible that a “workpiece weighing several kilograms will be catapulted out of the clamping system at high rotational speed and may destroy the machine or even put people’s lives at risk,” to quote Nika Nowizki.

No accidents in more than 93 million operating hours

Many lathes (including their safety functions) are controlled by means of standard PLCs from prestigious manufacturers of control systems, some of which were installed as a standard feature even before the ISO 13849-1 safety standard was introduced about ten years ago. Machine tool manufacturers still want to work with this type of control system today, because it has given reliable service in the field. One important foundation for this field-proven dependability is the cascading of safety measures in the product safety standards, in this case the ISO 23125 Lathe Safety Standard, which has for many years now specified the standard for all important details of the safety functions, plus a sophisticated operating-mode system which in the case involved here is accommodated in a completely enclosed, automatic machine.

“Both manufacturers and users have hitherto always felt that the machines built to standard are very safe – without any scientific evidence to that effect,” says Nika Nowizki. “And now it’s more than just a feeling. We can provide statistically corroborated evidence confirming that the workpiece clamping function implemented with the standard PLC on the lathes examined complies with the stipulations laid down in the safety standards ISO 23125 and ISO 13849-1, and under certain circumstances even outperforms these.”

In her study, Nika Nowizki had examined the running times of 578 multi-spindle lathes with a total of 3,951 spindles. The machines were controlled with a standard PLC of identical type. The mechanical engineer analysed data reaching back as far as 1992 and her estimates covered accumulated operating hours for the machines examined of at the very least over 93 million, during which not a single safety-relevant accident had happened. The performance levels (PLs) rate a safety function’s contribution towards risk reduction. The value(s) stipulated in ISO 23125 of PL = b, and PL = c for workpiece clamping, were unambiguously met in this study.

“This important finding, meaning proof of field-proven reliability for the current state of the art of workpiece clamping on lathes, should be taken into due account during the most recently initiated revision of the ISO 23125 standard,” adds Heinrich Mödden, consultant for machine safety in the VDW. “We are also taking this opportunity to issue an invitation to work on this revised standard. Of the most important global producers of lathes, last time it was mainly manufacturers from Japan and Germany who got involved. But also other other major lathe-producing countries such as China and Korea should become active.”

Comparable studies, says Nika Nowizki, are also possible with other machine tools. And there are already specific plans ongoing to conduct them. At the beginning of next year, the Institute for Machine Elements at the German Federation of Industrial Research Associations (AiF) will submit an application for an even larger project with different types of machine.

It should also be mentioned here that a VDMA Position Paper on workpiece clamping was presented on the EMO Safety Day, which for the first time laid down regulations for responsible handling of actuator-driven workpiece clamping devices at component suppliers, machinery manufacturers and operators. Because despite the exemplarily evidenced high level of control-system reliability, the safety of workpiece clamping in an operational environment remains an important issue, e.g. when use for the intended purpose and the maintenance of clamping devices are involved. 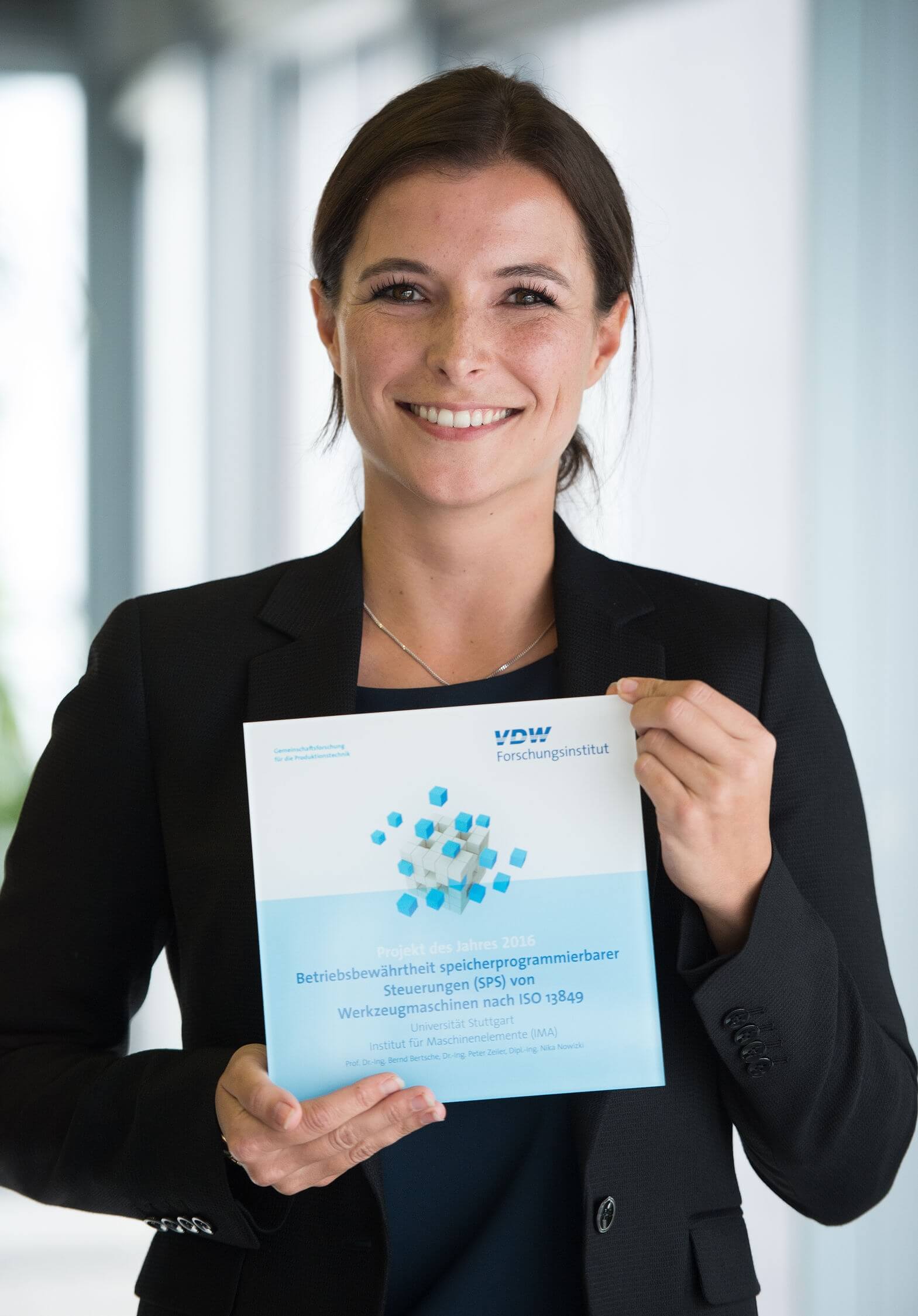 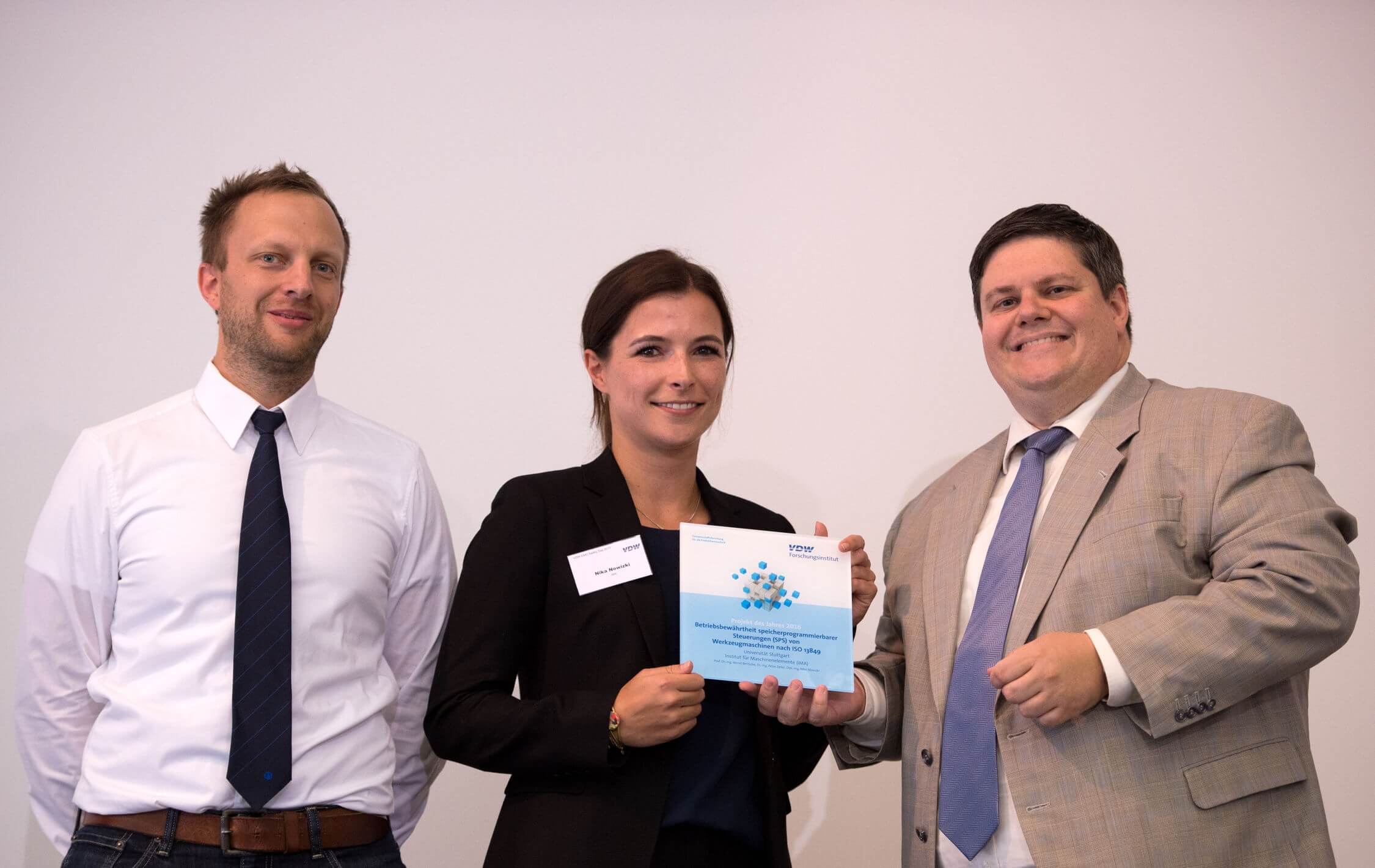